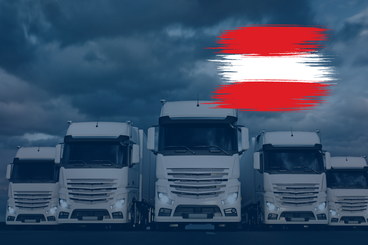 Block clearance measures on the Austrian A 12 / Kufstein regularly lead to considerable backups on the German side and this results to obstructions due to alternative traffic on the downstream Bavarian road network.

During these dates, the concerning vehicles are generally not allowed to travel on the subordinate road network of the affected regions in the vicinity of the highway junctions specified below on the federal, state and district roads:

in the area of the junctions AS Übersee, AS Grabenstätt, AS Bergen, AS Siegsdorf-West, AS Traunstein/Siegsdorf:
Federal roads B305, B307
State roads St 2364, St 2098

In the area of the junction AS Bad Reichenhall:
Federal road B20

Hungary: driving restrictions lifted because of the heatwave on 23 July

Slovakia: suspension of the driving restrictions due to the heatwave on 23 July and 24 July

A special prohibition applies during the summer period for trucks over 3.5 tn on the A1 Motorway (Athens-Thessaloniki-Evzoni) in the direction of Thessaloniki

Additional driving restrictions for trucks in Greece for 1st May

Driving restrictions for trucks during the 2022 Easter holidays

Temporary derogations of the provisions on driving times, breaks and rest periods in Romania