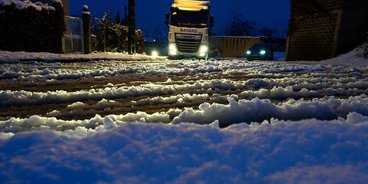 Due to bad weather conditions (high winds, heavy rain and snow) in Spain and South of France, road closures may be expected on both sides of the border.

In Spain, the General Road Traffic Directorate (DGT) has announced road closures for trucks in the eastern part of the country (provinces of Alicante, Valencia and Murcia). Updated information can be found here.

Until 15 August 2021, no PCT condition is required for transit and international transport in the Republic of Slovenia

Professional Drivers are not exempted from the new regulations in Romania

Same conditions for all travellers entering Slovenia to apply from July 15. Vaccinated/recovered/tested rule in place for all transiting travellers and drivers of goods vehicles

Driving restrictions for heavy vehicles over 3.5 tons during the summer period from 18 June 2021 to 12 September 2021 in Greece

Belarus : Mandatory disinfection of all vehicles at BCP “Novaya Guta” from 1 July 2021