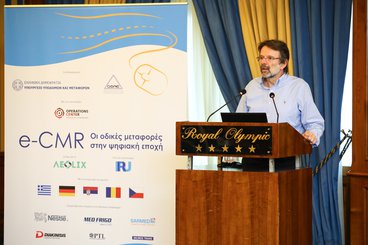 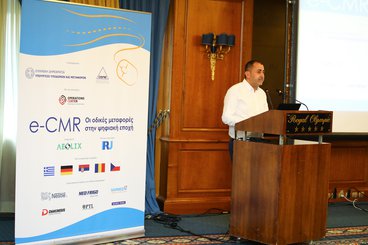 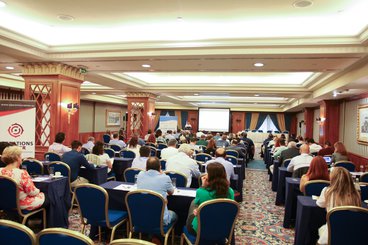 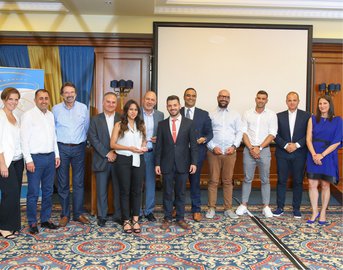 More than 150 professionals from the Greek Logistics market joined the final event of the national e-CMR pilot project, which took place in Athens on 17 July 2019 in the context of LL12 of the European project AEOLIX

The final event of the national pilot project in Greece on the use of e-CMR, which was conducted in the framework of the European project AEOLIX – Living Lab 12, was co-organized by the Hellenic Ministry of Infrastructure and Transport, and took place in Athens on July 17th 2019. Distinguished speakers from all over Greece and also from Germany and Romania, presented the results of the tests applied in their markets to an audience of more than 150 persons, representing the Greek Logistics market.

A thorough presentation on AEOLIX and the added value services it provides for the Logistics sector was made by the Research Director of the Hellenic Institute of Transport, Georgia Ayfantopoulou, and later on Ted Zotos from IRU projects took the floor in order to present the overall work done among all participating countries around Europe, as the coordinator of LL12.

The following session of the event was focused on the e-CMR pilot in Greece and the General Manager of OFAE, Iro Doumani, explained that the participation of Greece in the e-CMR pilot project has placed the country among the frontrunners in the digitalization of freight documents and at the same time presented a video on the national project which includes the testimonials of the participants, and can be found here.  The quantitative and qualitative findings of the surveys conducted, were then presented by Marilena Arghyrou, who also worked in the project as Project Manager at OFAE.

The main actors of the pilot project shared their experience during the second session and were also able to respond to questions made by the audience. This session was opened by the Transport Specialist of Nestle Hellas, who presented the company’s e-CMR pilot applications made in cooperation with their Logistics partners, Diakinisis, MED FRIGO & PTL, who also took part in the discussion panel, in order to present a thorough view of all the acting parties in these operations. Challenges faced during the process, as well as the solutions found in order to overcome those were analysed, and as a conclusion all companies emphasized on the benefits of e-CMR on the environment and road safety.

Med Frigo’s Logistics Manager presented the great contribution of the company to the implementation of the project and the way in which e-CMR was applied within the group. It should be noted that MED FRIGO, in addition to the total of 85 international pilot itineraries that it carried out in the context of the project, provided material assistance in recording the current status as regards the management of paper CMR with a view to register in detail the points which should be improved.

At the same time, SARMED’s Transport Manager presented the advantages which the company identified from the adoption of the above innovative technology. The company’s great experience in the handling of loads of documents in its daily activity, as well as its knowhow in the usage of new technologies, have played an important role throughout the project.

In order for the information and experience shared in this event, it was of great importance to look into similar practices of other European countries. In this regard, representatives of other countries that also took part in AEOLIX LL12 were invited. In specific, Guido Koschany, Head Department Environment, Dangerous Goods and Recovery of Waste from the German Association BGL, talked about the additional possibilities from the use of e-CMR focusing on Road Safety issues, whilst he shared interesting insights as regards very interesting technological developments in Goods Road Transport, such as Platooning and the Trolley System. The event concluded with the presentation of Roxana Ilie, Responsible for Representation and Information of the Romanian Hauliers National Association, UNTRR, who presented the pilot applications of e-CMR by UNILEVER Romania in cooperation with Aquila, a transport operator.

24hour strike in all categories of ships on 1st, May